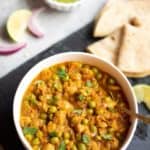 Soya chunks Curry is a flavor-filled dish that is made with soya chunks or meal maker cooked in a delicious indian sauce. You can enjoy this vegan soya matar curry with roti or rice for an easy healthy dinner!

Many readers have been asking me for a recipe using soya chunks or nutrela. I have not cooked as much myself with soya chunks, however my mom was visiting me last month and growing up we very much  enjoyed her Punjabi style soya matar curry. So I took the opportunity and learned her recipe for soya chunks curry and also converted it to the instant pot. I am sure you will love the curry too!

I have added both soya chunks and green peas, however you can make this curry even without green peas or add other veggies of your choice. Just make sure to choose the veggies that cook in the same time.

What are Soya chunks?

Soya chunks are also called a meal maker or nutri nuggets. Essentially made from soya bean, these chunks are known as Soya Vadi in Punjabi. They are made from de-fatted soy flour and made into granules or chunks and are a good source of protein.

Soya chunks are an excellent addition to your diet if you are following a vegetarian or vegan meal plan.

Soya chunks are widely used in Indian cuisine and are added to pilaf, biryani, and a variety of curries. When combined with aromatic spices, these Nutri nuggets are a wonderful dish that brings flavor to the palate. I have used nutrela soya chunks along with green peas to make this curry.

How to prepare soya chunks?

The soya chunks can be prepared in two ways. 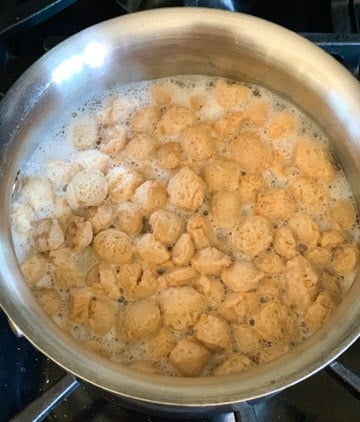 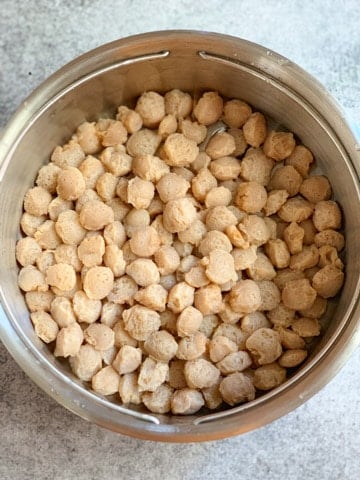 How to make Soya Chunks Curry?

Soya is the main ingredient of the recipe and adding green peas is optional. If you want, you can also skip the peas and increase the number of soya nuggets by ¼th of a cup. Puree the tomatoes before you start making the dish. This recipe can be made either in instant pot, stovetop pressure cooker, or in a stovetop.

How to make Soya Chunks Curry in Instant Pot? 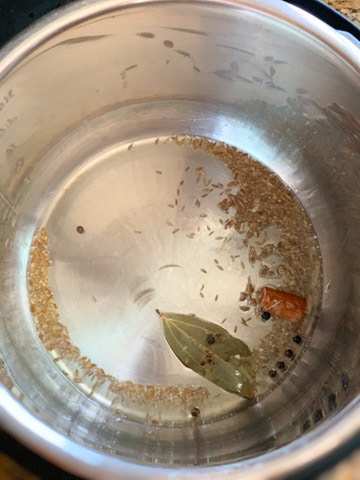 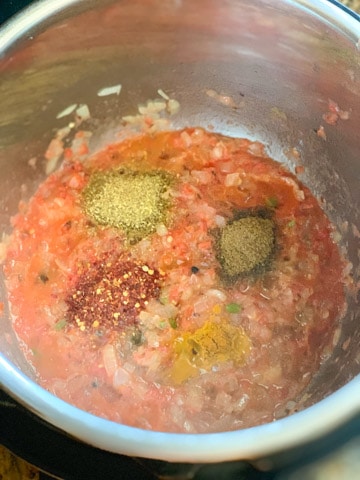 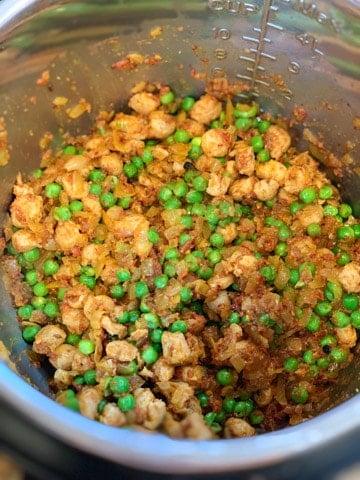 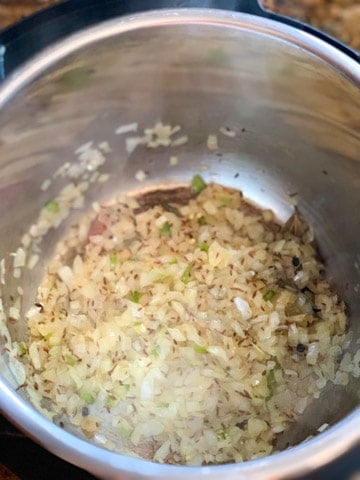 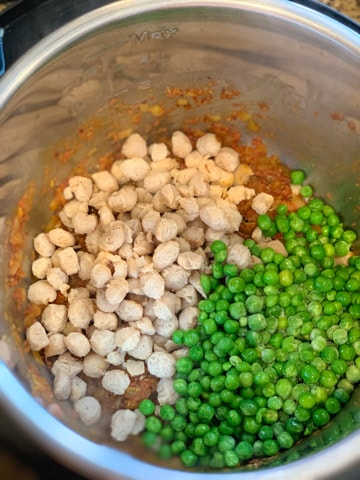 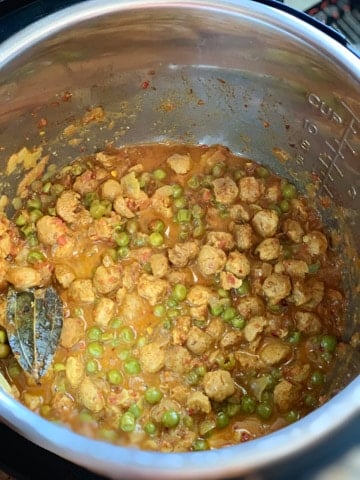 How to make Soya Chunks Curry in a Pan on Stovetop?

Follow the same steps as above by sautéing the soya chunks and green peas curry in a large wok or Kadai on medium-high flame. Once, you have added all the ingredients including the soya, bring the water to boil. Cook covered on a low flame for about 8-10 minutes or until the meal maker and green peas are cooked well.

How to make Soya Chunks Curry in a Stovetop Pressure Cooker?

Follow the same steps as above when using a stovetop pressure cooker. Once you finish sautéing the soya nuggets and green peas, close the lid and pressure cook for one whistle. Let pressure release naturally before opening the cooker.

If you want to add a creamier texture to this nutritious curry, just add a couple of tablespoons of heavy cream in the end and then garnish with cilantro. You can serve this delicious soya chunks curry with steamed rice, roti, paratha or naan. 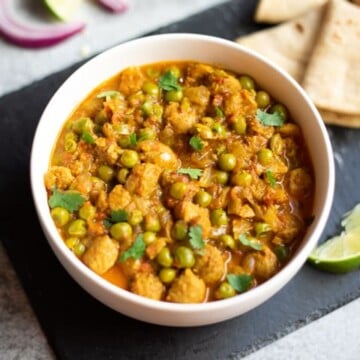 Make it creamy: (optional) Add 2 tablespoon of heavy cream in the end to make this curry creamier.  Skip Green Peas: This curry can be made without green peas too. Just increase the amount of soya chunks by ¼ cup.  Soya Chunks: I used mini soya chunks. If using larger size chunks, you can cut them in smaller pieces after softening them.